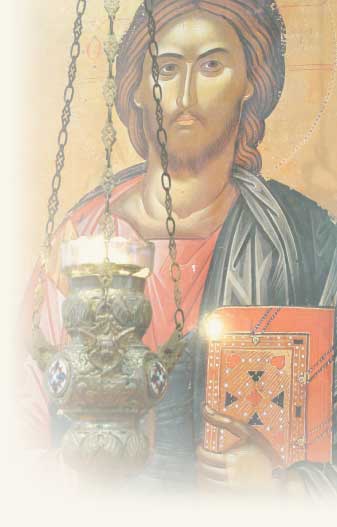 Home » Our Faith » Articles » Miracle of the Archangel Michael at Chonae

Miracle of the Archangel Michael at Chonae

On September 19th the Church commemorates the miracle of the Archangel Michael at Chonae.

At the time when the holy apostles traveled all over the world with their tidings of the Gospel, the apostles Philip and Bartholomew visited a place called Colossae. Here, after destroying the pagan idols and converting the local pagans to Christianity, they began prophesizing that the grace of God would shine forth on this spot, and that this place would be visited by the commander of heavenly forces, the holy Archangel Michael, and great miracles would take place.

Soon afterwards, a miraculous spring of water appeared on this spot. This spring was visited not only by the faithful, but also by disbelievers. All who drank from this spring and bathed in it were healed of their ailments, and many, having received health, were baptized in the name of the Holy Trinity.

In the 4th century a certain Greek, whose daughter had been miraculously cured of muteness, gratefully built a wonderful church in honor of the Archangel Michael over the spring. Later the 10-year-old youth Archippus began living at this church, spending the days and nights in fasting, prayer and spiritual feats. At one point some iniquitous Greeks, envying the spiritual laborer, decided to fill up the spring with earth and kill Archippus. But the Lord saved His servant – the murderers’ hands became numb, while a huge flame came out of the water and, rushing at the villains, pushed them far away. But they did not come to their senses even in the presence of such a miracle, and they still decided to flood the holy site. Arriving in a great multitude, they began to dig a ditch from the rock that lay at the church altar, all the way to the mountain where the rivers were joined. The blessed Archippus fell on his knees and tearfully prayed to God, entreating the help of the holy Archangel Michael.

Ten days later, when the water rose considerably, the villains directed it towards the holy church, and it rushed downward with a great thunderous noise.

At this moment the blessed Archippus, still praying, heard a voice commanding him to leave the church. Going out, he saw the great Archangel Michael in the guise of a shining young man. Fearfully approaching the Arch-angel, Archippus saw a fiery pillar rising from the earth to the heavens. When the water came near, the Archangel raised his right hand, and making the sign of the cross on the surface of the water, said: “Stop right there!” And immediately the water stood like a stone wall. Then, turning to the church, the Archangel struck a huge boulder, which lay near the altar, with his staff and drew the sign of the cross on it. Immediately a great thunderclap was heard, the earth trembled and the boulder divided into two, forming a huge gorge. At the same time the Archangel Michael said the following words: “May all the adversary’s forces be destroyed here, and may all who come here in faith be delivered from all evil!” Saying this, the Archangel commanded the water: “Flow into this gorge!” And immediately the water rushed noisily into the stone gorge and afterwards always flowed this way through the stone. The villains stood as though turned to stone. Then the blessed Archippus thanked God for such a wondrous miracle, and glorified the great defender, Archangel Michael, for his quick intercession. From that time on this place was called Chonae, i.e. immersion, because the water there was immersed in the stone.